Cougars Rugby is an active and successful rugby union club based at Griffith Park, Long Reef on Sydney’s Northern Beaches.

From humble beginnings in 1970, the club is now home to 300+ players, fielding boys and girls teams from Under 6’s to 18’s, Subbies and a Golden Oldies team of dads. Collaroy Rugby has a strong following and enjoys the goodwill of thousands more from former years.

The club is driven by the needs of its players and fills an important role in the community. Our sport inspires passion, teamwork and fitness – our club fosters a strong set of values that promote sportsmanship, respect, lasting friendships and community. While we boast a fine track record of performance on the field, no differences are drawn between players on the basis of talent, background or privilege and each wears our black and white jumper with a sense of belonging and pride.

These values have seen the club grow, outstripping others to become one of the largest Warringah Junior District Clubs and a key feeder club to representative teams. The club is proud to have two of these players become Wallabies who played junior rugby with the Cougars – Mark Gerrard and Pat McCabe. Another Cougars Junior, Boyd Killingworth has also gone on to represent Australia at Sevens Rugby.

The club is self-funding and applies its modest surplus funds to subsidising player registration fees, social events, and an annual family picnic and ‘fathers & sons’ weekend at the NSW Sports Academy at Narrabeen Lake.

This approach has seen Collaroy emerge as a most popular club appealing to players and families alike. It provides strong testimony to our values and the tireless work of our Committee and the mums and dads who coach and manage our teams, run the canteen, fundraise and produce our newsletters. Collaroy Rugby plays a vital role in giving local children the fun and passion of competing in a world sport, as well as strong community values, personal pride and lasting friendships.

How is all started

Prior to 1970 rugby was played on the plateau through the Collaroy Plateau Youth Club. The greater percentage of fund raising activities was carried out by the rugby fraternity and then pooled with other sporting activities within the youth club. In 1970 a few visionaries thought that the players were getting to the age when they should be involved with afternoon rugby. Much to the disapproval of the officials of the Youth Club.

A meeting was called and held at the Youth Club to discuss the situation and indeed the future of rugby on the plateau. Seventy five people attended that meeting and it was unanimously decided that rugby should breakaway from the Youth Club and so The Collaroy Plateau Rugby Football Club, a.k.a The Cougars, was born.

In 1991 after a lot of hardwork the club bounded back to prominence with a squad of under 17s (26 players), seventeen of whom represented Warringah Juniors in under 16s and under 17s. Nine players were selected in the Sydney under 17s, four in the NSW under 17s and one player was selected in the inaugural under 16s Australian side.

Also that year The Cougars had an under 10s team from which seven players were chosen to represent Warringah and an under 9s team that won the Warringah Junior Shield. All of 1991’s efforts culminated in the club being awarded the “Allan Gowen Challenge Shield” presented by Warringah Juniors to the most successful club.

Many of our juniors have gone on to play grade for Warringah Rugby Club. 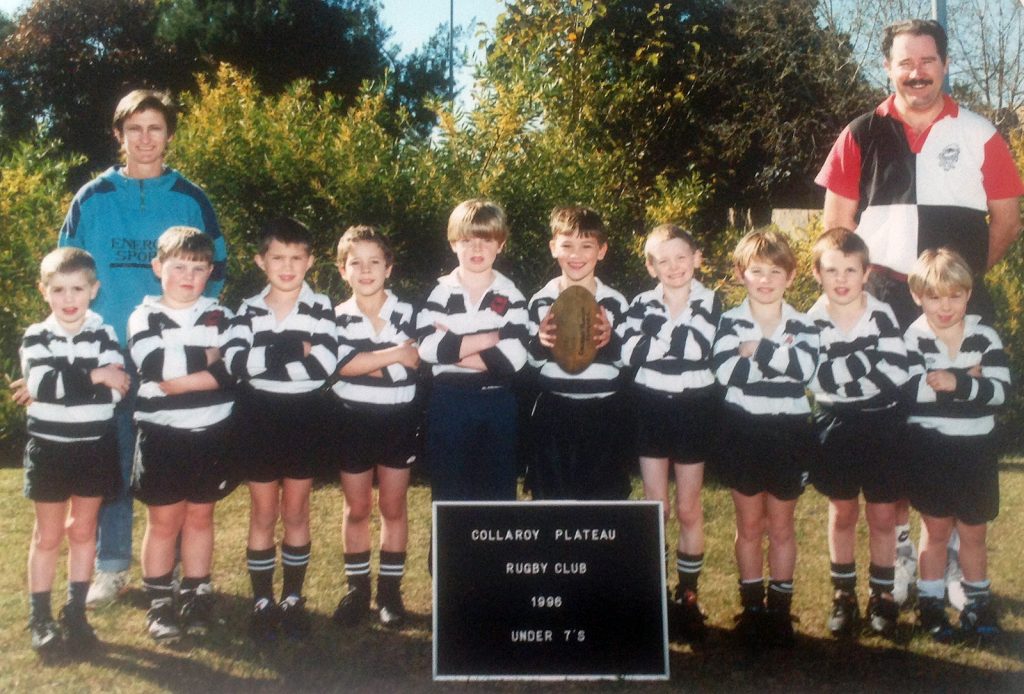 After many years of fundraising, concept designs and approaches to Council by many dedicated club committee members, success was finally achieved with the construction of what’s known as the Multi User Sports Amenities Building at Griffith Park.

We call it our Cougars clubhouse, as during the winter it’s the home of rugby for all our teams and supporters as we train, play and socialise.

Rugby partially funded the development, with our modest means, together with major contributors such as the Long Reef Golf Club, Warringah Council and Government Grants. The entire MUSAB is shared by Long Reef Golf Club Pro Shop and the community, with Rugby having a license agreement to occupy and use the community section(western side) during the winter.

Ultimately the successful development of this shared facility came about due to the vision and cooperation of some key people and organisations, such as Rod Macqueen, John Mullins, Long Reef Golf Club, Warringah Council and Collaroy Rugby Club.

It will be the home of the mighty Cougars for years to come as the club continues to provide the opportunity for young rugby players to have fun and develop their skills.