We are saddened to advise of the passing of Tommy Pring, who was a great friend and supporter of the Collaroy Cougars.

Tommy proudly wore his Cougars hoodie and was always keen to know how our club was developing as the Cougars and the Surf Club share many common members.

Collaroy Cougars’ thoughts and sympathies go out to Tommy’s family and all the members and friends at Collaroy Surf Life Saving Club. 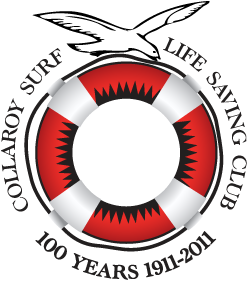 The following is an overview from Collaroy SLSC.

Tommy Pring joined the Collaroy Surf Club in 1958 as a 16 year old and obtained his Surf Bronze during the 1958/59 season.

Being super strong with a healthy physique he was made for Surf Boat rowing and quickly became a permanent member of the Collaroy Surf Boat fraternity. His love of Surf boats never diminished and lasted for 55 years right up to his passing late last week.

Tommy was away from the club for a few years returning in 1992 and threw himself into everything around the club cooking BBQs, working the bar : taking deliveries, repairing or replacing broken equipment or bits and pieces around the club. He also fulfilled the role of social convenor, a position he filled with great success. When a vacancy arose some 15 years ago for a replacement live in care taker Tommy was the obvious candidate and choice for the position.

During our internal renovations in 2001 and 2002 Tommy`s love affair with a Kango / jack hammer and 10lb hammer were never questioned. He was like a jilted lover if you took on the task with him present.

Tommy`s work ethic, quiet and pleasant nature, plus reliability were never questioned he was a friend to all. As your Vice President I got such a buzz last weekend watching our Collaroy Nippers and their family members wearing black arm bands in competition at the Freshwater carnival such was the respect for Tommy throughout the club.

Although we never know what lies ahead of us in life perhaps a fitting tribute arose a month ago when Boat Captain David Hopper asked Tommy to crew a surf boat for the wreath laying ceremony off Collaroy Beach for our late Patron, Honour Blazer member Dick Twight.

At 71 years he was chuffed to be asked to pull an oar in farewelling a friend who along with Billy Abbott were his first boat sweeps when he joined the club in 1958.
This Sunday, December 1st during the boat conclusion of the service it will be his friends within our boating fraternity who farewell him as part of a culture within the Surf Life Saving movement.